The Plastic Problem In Our Oceans

Plastic is everywhere. It’s used in construction, automotive industry, technology, packaging, fashion, cosmetics, and many other industries. And once it is no longer useful, a lot of it ends up in the ocean.

It is durable, lightweight, and resistant to environmental influences, which makes it perfect for handling, packaging, delivering, storing, and serving food and drinks.

It is the material that defined modern living both with its versatility and the global problem it created.

More than 40% of plastic is only used once and then discarded as trash.

The rest is deposited in landfills or washed out into the ocean where it accumulates into enormous islands of floating trash killing marine life and eventually entering our food chain.

Over the last ten years, we have produced more plastic than during the whole of the last century.

And still, we continue to make and use more plastic every day.

Because the oceans of our planet are all interconnected, there is literally nowhere in the world that isn’t unaffected by plastic pollution.

Already, plastic can be found in the stomachs of 90% of all seabirds and more than 50% of all turtles.

It is such a huge problem it is also affecting our climate.

Virtually indestructible, plastic waste floats around in the ocean, forming massive islands in each of the 5 ocean basins. These slow-moving whirlpools of plastic waste are called gyres.

The biggest gyre named the Great Pacific Garbage Patch is located between Hawaii and California.

In 2019 it had an estimated surface area of 1.6 million square kilometers, an area twice the size of Texas or three times the size of France.

And at least 46% of the Great Pacific Garbage Patch is old fishing nets.

Abandoned, discarded, or lost fishing nets called ghost nets pose an even greater threat than the consumer plastic that they entangle.

Related: How you can help fight ocean plastic

While both types of plastic waste are an environmental disaster, ghost fishing nets are not just waste; they continue to catch even after there is nobody there to pick up their load.

Thanks to their synthetic fibers, they stay intact for decades, indiscriminately trapping and killing marine life.

While the harmful effects of consumer plastic are a daily topic, ghost nets that are far more numerous and problematic usually stay under the radar of the general public.

Ghost nets, like other plastic waste, takes about 600 years to break down and when it finally does, it transforms into a new pollutant – microplastic particles. These are already found in fish today, which means they already entered our food chain.

70% of the Earth’s surface is covered in oceans. They are already our most threatened ecosystems and the greenhouse gasses from the creation of microplastics are also affecting our climate.

Anything that affects marine life inevitably also affects us. 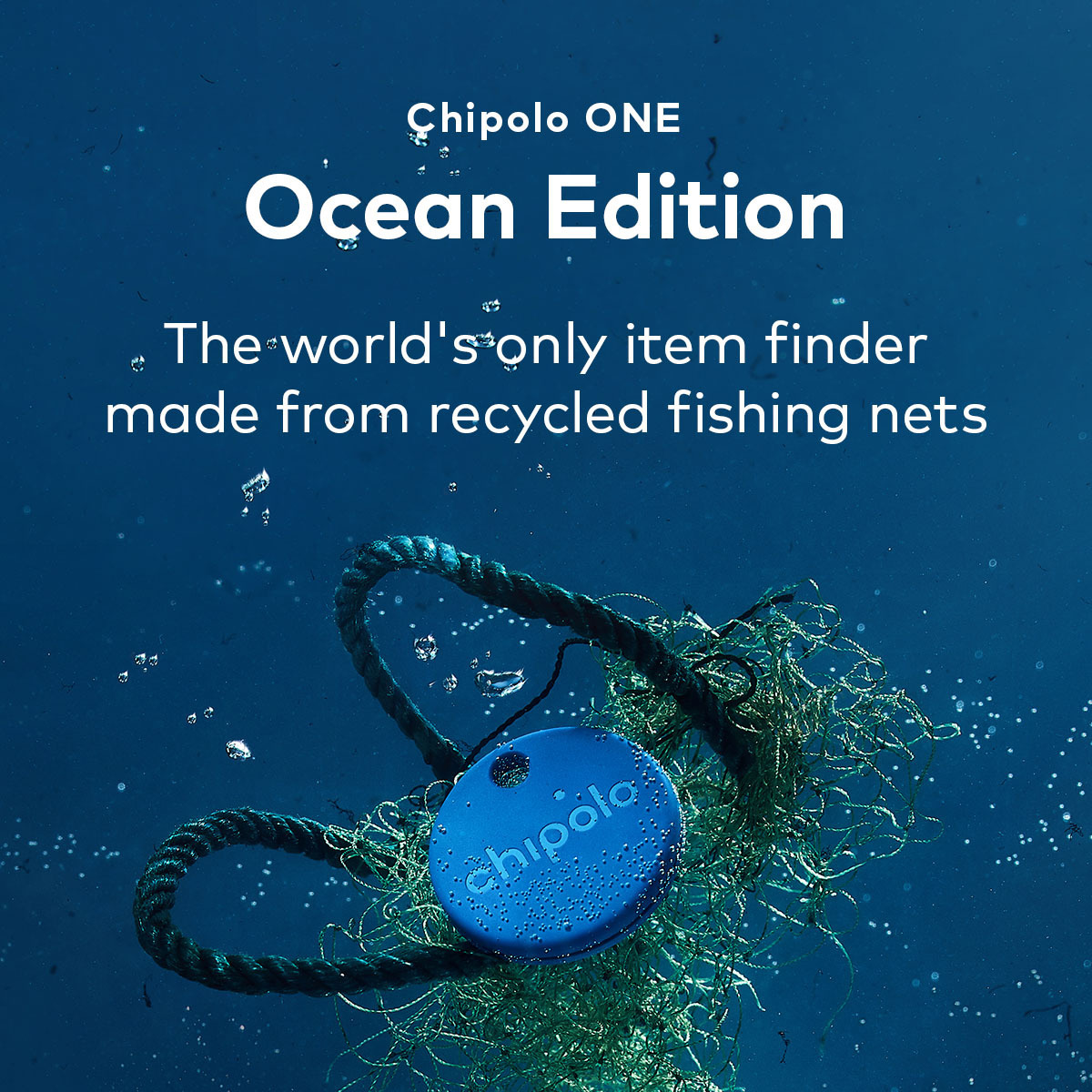 Chipolo Ocean Edition In The Press

See what different tech outlets have to say about the Chipolo ONE Ocean Edition that's made from recycled fishing nets, trawls and ropes. Read more >

I found my keys in a tree with the help of the Chipolo key finder!

I had been looking for my keys for the past four days. Tonight I found them, in this tree, with the help of the Chipolo key finder! Read more >

The Story Behind The Chipolo Ocean Edition

Chipolo is joining the fight against ocean plastic pollution with the Chipolo ONE Ocean Edition made from discarded fishing nets, trawls and ropes. Read more >